America was involved in World War II and had a training base for signal corps trainees at Camp Murphy in Hobe Sound.  Thousands of soldiers with any off-duty time came to Stuart for a little recreation and relaxation.

Stuart did try to provide some places for recreation, such at the Victory Hotel (former Peacock Arcade and Hotel) and the Log Cabin since June 1942 but it just was not adequate for all the military at Camp Murphy, along with other nearby military facilities. They averaged 2,500 to 3,000  military personnel monthly.

It was Herbert ‘Pop’ Cossaboom, who served as the host to the servicemen and since 1942 he continued to received many thank you letters from those servicemen he helped provide with fond memories. He even kept a register of the boys during 1942 into 1943. Cossaboom agreed a larger facility was needed in Stuart.  The county and city made their request to the Federal government for the building of a much needed recreational center, which was approved.

So during mid-1943, the land was cleared and construction began for the new Stuart Service Men’s Club, located on Flagler Avenue, just beyond the George Parks Store, and close to where the St. Lucie Yacht Club once existed. It was designed by local architect, Bert Keck, in a colonial cottage style, built and paid for by the U.S. Federal Government at a cost of $35,000. Designed to serve as a recreation center for troops stationed at Camp Murphy, the Jensen Coast Guard Station, and the Fort Pierce Port. The long-awaited official opening came Sunday afternoon, October 10, 1943.

The community decorated the inside of all the rooms with flowers, potted palms and tropical plants for that opening night.  A live musical group, the ‘O. I. Band’ from Camp Murphy provided the dance music.  Approximately 1,000 people attended those opening ceremonies.

Martin County and the City of Stuart both pledged funds, totally about $16,000, to help in the maintenance and operation of the new recreation center, with the official name of Martin County Service Club.  It was Roscoe Rollins who served as the club president for the service club.

Within the first 24 hours of its opening, one thousand servicemen registered.  The recreational director was local resident Radie Belle (Bruner) Krueger with Herbert Cossaboom continuing as host at the club.  The club entertained personnel from the US Army, Navy, Coast Guard by offering a variety of dances, parties, music, board games, and books to read.  Saturday nights were always the busiest.  The citizens of Stuart and throughout Martin County contributed time and money to make the club attractive and a pleasure for the servicemen.  Many comfortable chairs with tables and sofas were plentiful.  It also had a large auditorium where shows, dances and game night were performed.

Inside the Stuart Service Men’s Club there was dancing, ping-pong, reading and card games, all creating an opportunity for the enlisted men to mingle with local citizens, including the many single young ladies in town.

With the end of World War II, and the closing earlier of Camp Murphy, the Servicemen’s Club was in less use.  So the City of Stuart negotiated with the US Federal Government to buy the building.  The city manager, Loris B. Eurit, was of great assistance in getting the best deal for the city.  On May 2, 1946, the building was purchased for $9,078.18 by the City of Stuart and renamed the Stuart Civic Center. Various local organizations worked to make sure everything was in good condition and decorated. A grand open house was held in November 1946 with the Stuart High School Band performing.  Herbert Cossaboom continued as a genial host even after it became the Stuart Civic Center. 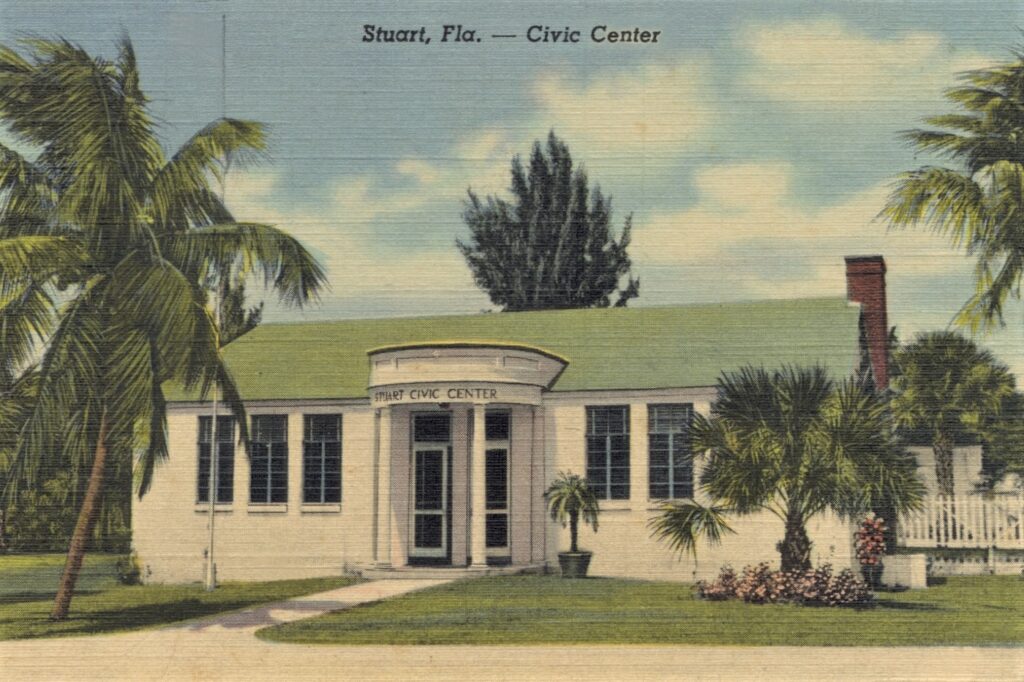 The civic center was made available for any organization, social and club meetings.  The large auditorium could be rented for $3.00 a night and if the snack bar and kitchen were needed, it was an extra $5.00 a night.  The first director for the Stuart Center was Tom Schreckengost who was paid $200 per month.  Activities for teenagers, such as dances, quickly became very popular at the civic center and continued throughout the 1950s.

As of December 1952, the new recreation director for the Stuart Recreation Center was Melanie B. Rains. During the 1950s receptions for the graduating high school seniors were held at the civic center.

Over the decades many organizations have held meetings, parties and events in the building.  Always a great community location for individuals, families, civic groups or organizations to use. As Martin County grew, so did the building with additions made to the original structure.

Herbert S. ‘Pop’ Cossaboom had to resign his position at the Stuart Recreation Center in November 1956 due to ill health.

Of great fun were the numerous teenage dances held there especially in the 1950s and ’60s.  A big promotion for the local teenagers was the adding of a ‘teenager nightclub’ held starting November 1959 at the Civic Center.  The club, named ‘The Buccaneer,’ was a joint project of the D.C.T. Club of Martin County High School, the City Recreation Dept., Gary Worth and the newly formed Teen-Club. Contests were held and prizes given every Saturday night. The Bucks, a dance band from Ft. Pierce, performed on the bandstand opening night. Entertainment included vocalists and dancing every Saturday evening. The teen-age night club was similar to any adult night “spot” with a few exceptions. A soda bar and a complete sandwich and refreshment menu was offered to the patrons. With an admission charge for the opening night of 75 cents each person. 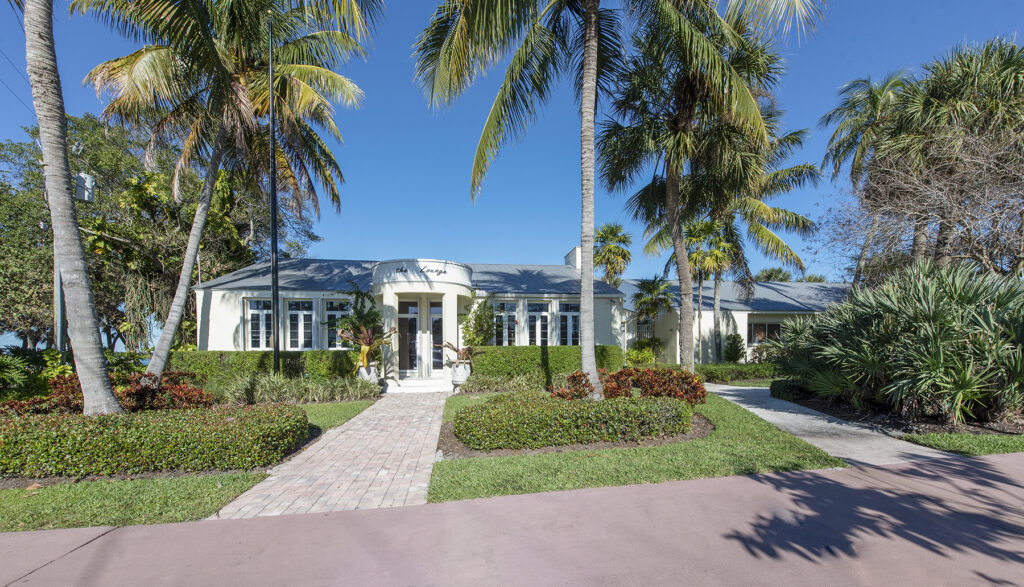 Researched and Written by: